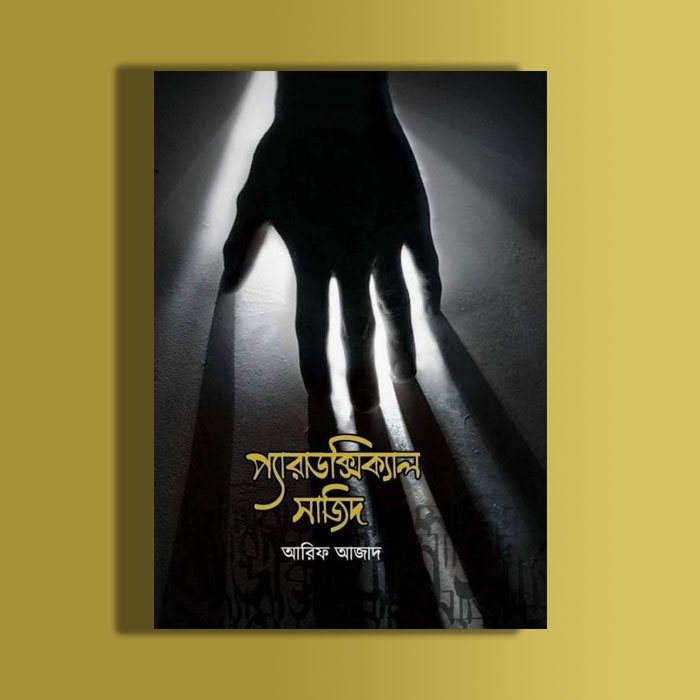 Most of the chapters are about philosophical paradoxes.There are a few chapters where Sajid talks about science and that’s where it interests me.

Although in the book Sajid says those things, in reality those are actually the author’s arguments. If you try to categorize this book, it falls more under non-fiction genre than fiction. Therefore, it was author’s responsibility to fact check everything and give proper references.

I read this book when it came out and now I’m re-reading the last chapter after reading ‘The Greatest Show on Earth: The Evidence for Evolution‘ by Richard Dawkins.

Some of the misinformation that I have noticed in that last chapter:

Sajid says “Evolutionists say that one animal evolves to other gradually. They say, We, humans, came from chimpanzees by gradually evolving”.

No! No ‘evolutionist’ says that we evolved from chimpanzees. Rather, they say humans and chimpanzees shared a common ancestor.

Sajid says “No missing link has been found to this day” (referring to ‘missing links’ in fossil records).

Maybe the author is not up-to-date with the latest information, maybe he is reading really old books (if any), but yes many so called ‘missing links’ have been found. Even if those ‘missing links’ were not to be found, that does not disapproves the theory of evolution. 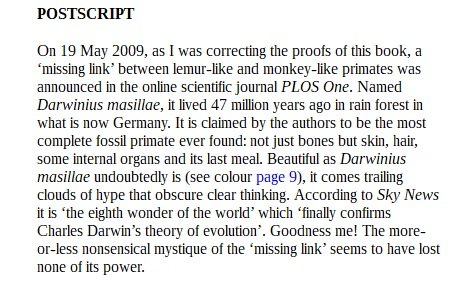 He talks about a fossil named ‘Piltdown Man’ from England. He says carbon dating has revealed that the fossil is only 600 years old which scientists previously claimed to be several hundred billion years old (in his words).

Could it be he wrote billion instead of million mistakenly? Still, it doesn’t make sense, there’s no way a fossil like that one could exist from hundreds of million years ago.

I won’t judge how well written it is in the previous chapters, one chapter full of misinformation is enough to give it lowest possible rating.

This book sets an example why some Facebook posts shouldn’t put together into a book. (Yes, he actually started writing these stories in his Facebook page and later it became a book)

We use cookies on our website to give you the most relevant experience by remembering your preferences and repeat visits. By clicking “Accept”, you consent to the use of ALL the cookies.
Cookie settingsACCEPT
Manage consent

This website uses cookies to improve your experience while you navigate through the website. Out of these, the cookies that are categorized as necessary are stored on your browser as they are essential for the working of basic functionalities of the website. We also use third-party cookies that help us analyze and understand how you use this website. These cookies will be stored in your browser only with your consent. You also have the option to opt-out of these cookies. But opting out of some of these cookies may affect your browsing experience.
Necessary Always Enabled
Necessary cookies are absolutely essential for the website to function properly. This category only includes cookies that ensures basic functionalities and security features of the website. These cookies do not store any personal information.
Non-necessary
Any cookies that may not be particularly necessary for the website to function and is used specifically to collect user personal data via analytics, ads, other embedded contents are termed as non-necessary cookies. It is mandatory to procure user consent prior to running these cookies on your website.
SAVE & ACCEPT